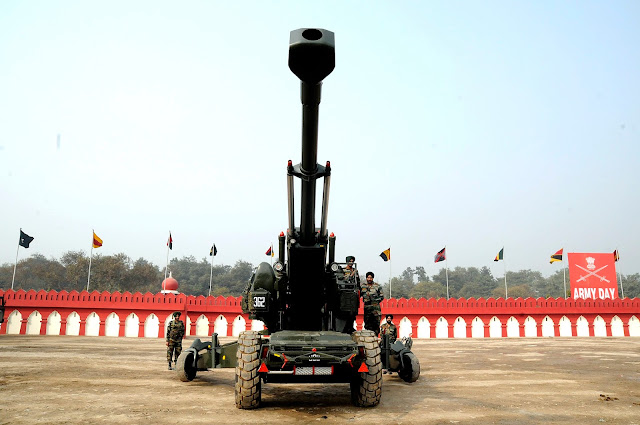 This year in march finally Indian Army received the first batch of Artillery gun which is  endogenously designed, developed and manufactured by Ordinance Factory Board. Name of this artillery gun is Dhanush but it is also known as Desi Bofors. Dhanush is based upon the same platform of Bofors which India bought from Sweden in 1980's, and in kargil war Bofors played the role of game changer and help to gain upper hand on Pakistani who are hiding in big mountains and taking advantages.

Dhanush is based upon Bofors but it is far better then of  its Sibling. In 2018 Dhanush completed its all trials and its full phased production started in 2019. Indian army ordered 114 Dhanush Artillery gun. One Dhanush manufacturing cost is around 14 crore INR. Till now only 6 Dhanush manufactured and delivered to Indian army. Dhanush will deployed along with Pakistan and China border. It will provide support to ground troops in war situation.


MADE IN INDIA FIGHTER JETS 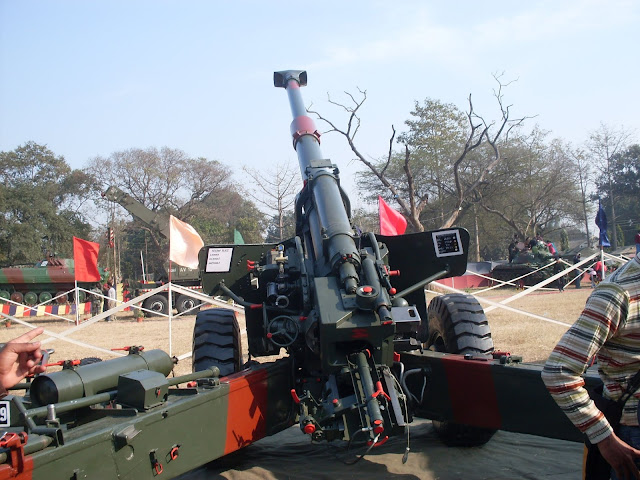 Dhanush is first endogenously developed 155mm X 45 caliber long range artillery gun which has capacity to attack enemy who is siting 38 km from the gun location which far better then of the Bofors. Dhanush project is started by Ordinance Factory Board to replace the fleet of aging Artillery guns of Indian army { 105mm Indian Field Gun, 105mm Light Field Gun, and 122 mm Russian gun} with the modern Artillery gun of 155mm which have more fire power and damage power. Dhanush is a Light weight which helps to increase its mobility in hilly areas , its weight below 13ton. Dhanush can be used in any climate condition it will surely give to satisfactory result. Dhanush have the capacity to fire 60 rounds in 60 minutes. Dhanush is equipped with thermal sight and gunners display. The self propulsion unit allows the gun to deploy itself in mountains terrains with ease.

In its trials Dhanush came out with 20 to 25 % of better result then of Bofors in every parameters like Range, Accuracy, Consistency, Low and High Angle of Fire and Shoot-and-Scoot Ability. A totally number of 6-8 personnel's  are needed to operate this Artillery Gun Smoothly. Ordinance have futures planes with this Artillery Gun they want to develop different variants of Dhanush Gun like Truck mounted Dhanush Gun which will make its mobilization very easy.