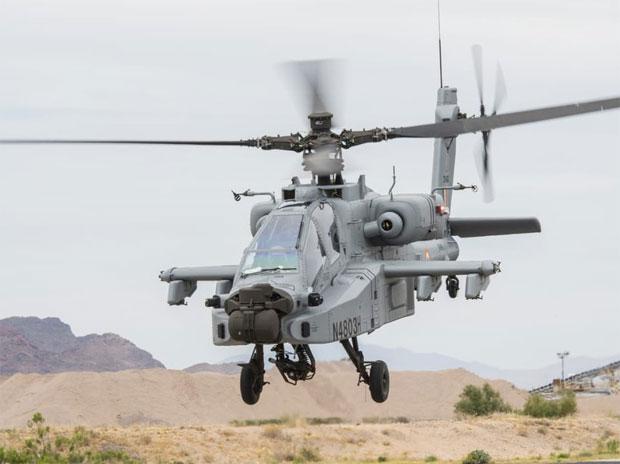 AH-64 took its first flight in September 1975. From 1975 to 1984 its manufacturing is under taken by Hughes Helicopters then after 1984 to 1997 it is manufactures under the banner of McDonnell Douglas and after 1997 to present it is manufactured by Boeing defense, space and security. From its first production to present more then 2000 AH-64 Apache of different for different nation built by different manufacturer at different time. It is primarily used by four Armed Forces around who have AH-64 in big numbers namely UNITED STATES ARMY, ISRAELI AIR FORCE, EGYPTIAN AIR FORCE, ROYAL NETHERLANDS AIR-FORCE. AH-64 has a variety to offer to its customers according to their needs each variant cost different, AH-64A $20 million , AH-64D $33 million, and the third one is AH-64 E $35.5 million. AH-64 E is the most advanced version of Apache attack helicopter series, and recently India also ordered 22 Apache AH-64 E for $1.4 billion.

Apache AH-64 E is first pure attack helicopter that IAF going to Induct, before Apache IAF use Russian Made MI-35 Assault Helicopter that is designed to carry troop in it where as Apache is an dedicated attack helicopter. This will give significant combat capabilities. Apache will help Indian Armed Forces to neutralize ground threats on both eastern and western border. It will an upper hand to IAF upon its enemies. AH-64E (I) which India bought is the customized version of Apache helicopter. Modifications were made suit IAF's Future requirements. AH-64 will provide significant edge in any future joint operation in support of land forces. 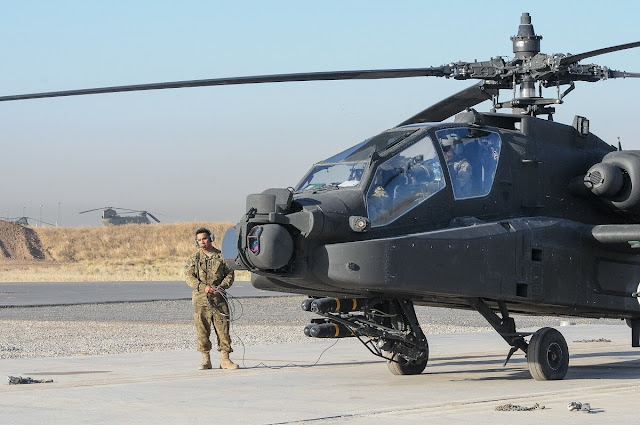 AH-64 is twin engine,four bladed main rotor and four blade tail rotor, two seater american attack helicopter is one of the best helicopter in the world. Apache is equipped with an M230 30mm cannon under the main landing gear,Apache have four hard points to carry a mix of hydra-70 2.75 inch rockets and Hellfire missiles.  AH-54 Apache is powered by two GE T700 Turbo-shaft engines which help this helicopter its maximum speed of 365 km/hr. AH-64 Apache is integrated with all modern avionics like Lockheed martin/Northrop Grumman AN/APG-78 Longbow fire-control radar and state pf art helmet mounted display.

Many United States allies  Air-force's use AH-64 as their primarily Attack helicopter and there are many who are willing to buy this helicopter.

Why Indian Choose Apache When It Has Mi-35?

Mi-35 is the evolved version of Mi-28. It has capacity to Transport 8 troops with hardware, So it become a large target, and it become an easier target for all anti aircraft hardware. Mi-35 is much more heavier then of Apache which affect the performance of Mi-35. No doubt Mi-35 is best in its class but due heavy weight and low performance it is not able to compete with fully dedicated attack Apache helicopter which carry only two pilots and small in size. It has advanced engine then of Mi-35 with which it perform much more better then of Mi-35. Apache has access to a wide range of more Sophisticated weapons. Not only India buying Apache but India itself also developing a light dedicated LCH {light combat helicopter}. India has a sour history with Russia when it comes to after sales support with which it has a constantly nag regarding basic spare and all in case of most of the military hardware's. India donating its Mi-35 hind attack helicopter to Afghanistan to help them to fight against terrorism as sign of friendship.