Indian Airforce is equipped with the "TOP Fighter Aircraft" in the world. Here is the list of "India's Best Fighter Jet".

Before Independence, Indian Airforce Under British Induct some U.S. and British Made Fighter Aircraft. After Independence India Purchase its fighter aircraft mainly in bulk from Russia, India also purchase Fighter Jets from France too. Other then this two friendly nation, India has its own ambition to develop its fleet of fighter aircraft to reduce the dependency on other nations.

In India, only state owned companies are manufacturing Fighter jets, and there are some private firms too who supply some of the equipment or technical stuff to state owned companies. HAL { Hindustan Aeronautics Ltd} handle the work of assembly or we can say that manufacturing work is done by HAL, HAL is the one who domestically manufacture SU-30 MKI for Indian Airforce under the license from Russia, ADA is the second state owned company who plays an important role, ADA work is to design the AIRCRAFT, ADA also design TEJAS, DRDO { Defence Research and Development Organisation } is the third state owned company and it play crucial role in the manufacturing of the Fighter Aircraft because it develop Avionics, Computers, Radars etc. for India as well as for friendly nations.

Now Here We Came to The Top 5 Fighter Jets of Indian Air-Force 2020. 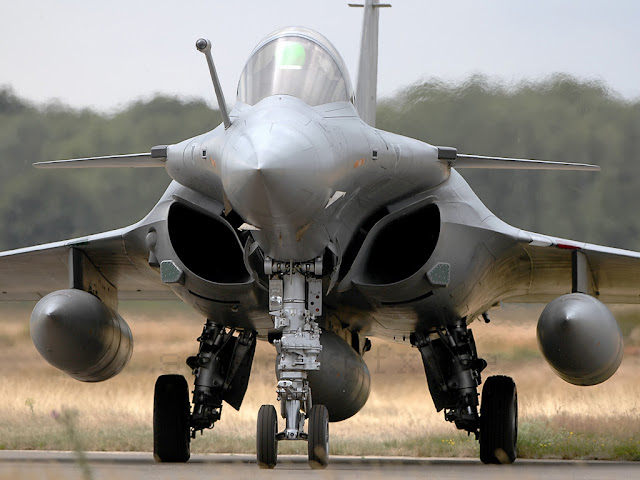 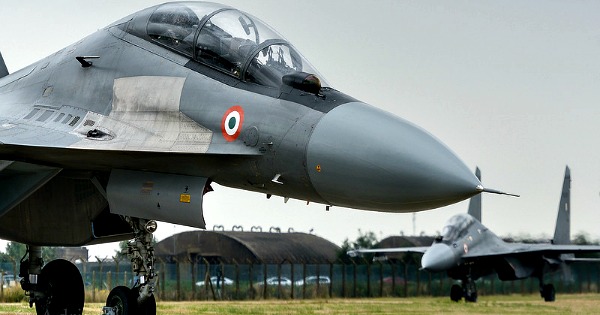 Su-30 MKI is the front line Heavy Weight fighter Aircraft of Indian Air-force and Back bone of the Indian Air-force. SU-30 MKI is a Multi-Role, Twin Engine, Air-superiority combat Aircraft  developed by Russia's Sukhoi and built by HAL { Hindustan Aeronautics Ltd. } for Indian Air Force with Indian, systems and avionics as well as sub system from Israel and France, which makes as lethal as SU-35. SU-30 MKI is powered with two AL-31FP Afterburning Turbofan Engines, both engines collectively produce 123 kN of thrust. SU-30 MKI has 12 Hardpoints but it can be increased to 14 with multiple ejector racks, SU-30 MKI is euipped with a wide variety of weapons, Air-to-Air Missiles, Brahmos, Air-to-Surface, Anti-Ship missiles, Anti-Radiation missiles, Bombs, Rockets, and a 30 mm GSh autocannon. 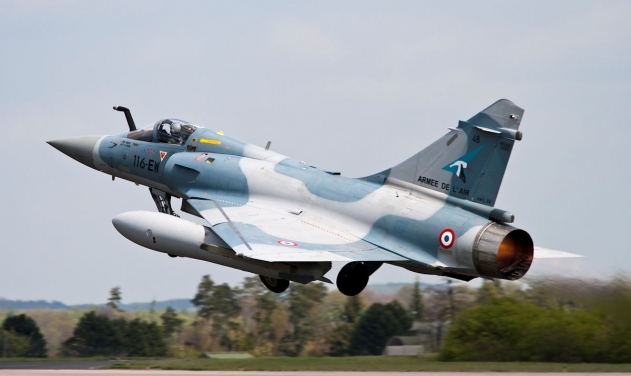 Dassault MIRAGE 2000 is the Single Engine multi-role Fourth Generation fighter Aircraft developed by French Company Dassault and it was first commissioned in IAF back in 1985 with a new name "Vajra". Dassault Mirage 2000 is one the best fighter aircraft in the world. Dassault Mirage 2000 is the most versatile and deadliest Aircraft of the Indian Air-force, Mirage 2000 has top speed of 2,336 at High Altitude which is more than the IAF front line Fighter Aircraft SU-30 MKI, which gives the Mirage 2000 an advantage over SU-30MKI in Quick Operations. MIRAGE 2000 is also euipped with Indian systems under a upgrade done by HAL under the license from France. MIRAGE 2000 is powered by one SNECMA M53 afterburning turbofan engine which produce 64.3kN of thrust. Mirage 2000 has 9 hardpoints with a capacity of carrying 6,300 kg of payload and is euipped with Two 30 mm DEFA 554 Revolver Cannon, each with 125 rounds, Rockets, Air-to-Air missiles, Bombs, Air-to-Surface missiles. 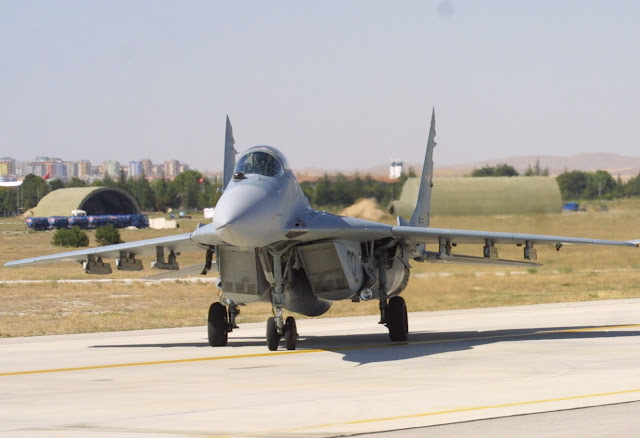 MIG 29 is Twin Engine, Multi-Role, Maneuverable, Air-Superiority Combat Fighter Aircraft developed by Russian Mikoyan Design Bureau during 1970's and MIG 29 is inducted in IAF in 1985. MIG 29 UPG is the upgraded variant of MIG 29 Fighter Aircraft, India is one of the biggest operators of MIG 29 Fighter Aircraft. Indian MIG 29 UPG is equipped with "International Avionics Suite", Zhuk-M radar and new Enhanced RD-33 Series 3 turbofan engines. MIG 29 UPG is the fastest Fighter Jet of Indian Airforce Currently in Service, it is faster than Rafale, and SU-30 MKI too, Maximum speed of MIG 29 UPG is 2,400 km/h.  MIG 29 can carry Air-to-Air missiles , Bombs, Rockets and it provide escorts to Different Aircraft like it Did by Providing escort to Mirage 2000 in Kargil War. 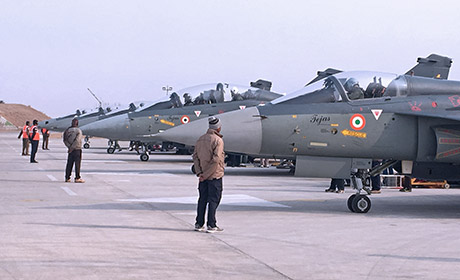 Popular posts from this blog

On 7 September 2020 India become the fourth country to join the Elite Group of Four who has the technology to produce Hypersonic Cruise Missiles, So far Russia, China, and the U.S. have the capacity to develop Hyper Sonic Cruise missile. India's Defence Research and Development Organisation has successfully flight tested the Indigenously Developed Hypersonic Technology Demonstrator Vehicle using the indigenously developed Scramjet propulsion system from APJ Abdul Kalam testing range in Balasore, Odisha. The scramjet engine is developed indigenously by DRDO which performs well in the test, and Hypersonic Missile is able to achieve the speed of Mach 6 or 2Km per second. Due to the very high speed and unpredicted path of Hypersonic missile, the enemy's Air Defence Systems has very less time to Track, and Engage.  In Today's Modern world there is no air defense system present which can intercept a Hypersonic cruise missile. The Scramjet is much more superior than Ramjet (Brahmo
Read more

HAL LCH is an Attack Helicopter designed and developed endogenously by state owned defense manufacturing company HAL { Hindustan Aeronautics Limited}. HAL LCH is the derivative of another indigenous helicopter HAL DHRUV { DHRUV is designed for MILITARY and CIVIL OPERATIONS like VIP TRANSPORTATION}. LCH is designed for HIGH ALTITUDE OPERATIONS , that why it become the first ATTACK helicopter in the WORLD who made successful Landing and Take OFF at the world’s highest battleground SIACHIN GLACIER. HAL LCH is a 5.8 ton attack helicopter and it is powered by TWO ENGINES namely Shakti {shakti engine is assembled by HAL in India}, HAL Dhruv is also powered by the same engine and the performance is excellent. HAL LCH empty weight is 2250 kg where as fully loaded with weapons weight is 3800 kg. HAL LCH not only offer a good amount of fire power modern equipment’s but is also cost much much cheaper then most of the attack helicopter in the world { LCH unit cost is around $18-20 million.
Read more