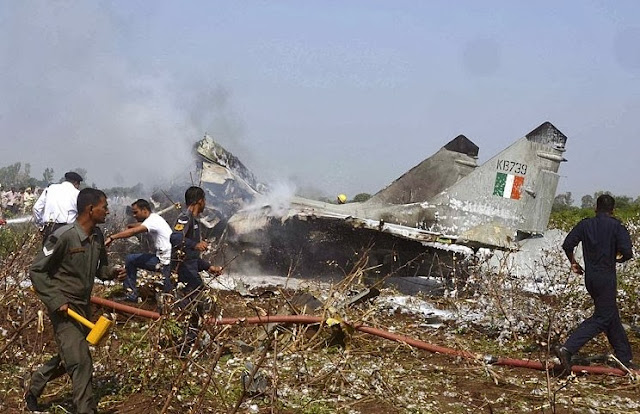 MIG 29 was on training mission from an Adampur Airbase Near Jalandhar.

Pilot of MIG 29 safely ejected and No Causality has been reported.

MiG 29 Pilot ejected as the MIG 29 UPG developed a technical snag after take-off due to which pilot is not able to control the Aircraft.

The Official said that the Pilot has been rescued by a Helicopter.

In Recent years IAF has lost several of MiG 21 trainers and MiG 29 in crashes Due to technical snag.

A court of enquiry has been ordered to investigate the cause of accident by IAF.

IAF operate three squadrons of MIG 29, each squadron contain 16-18 fighter Aircrafts. MIG 29 which was commissioned in the IAF in 1980's, primarily used for Air defense and Air Superiority Aircraft. MIG 29 Played a key role in Kargil War with Pakistan in 1999 as an escort to other jets on bombing missions from incoming Pakistani jets.