WHAT ARE THE FUTURE PROJECTS OF HAL AFTER TEJAS?

WHAT DOES HAL MANUFACTURE? 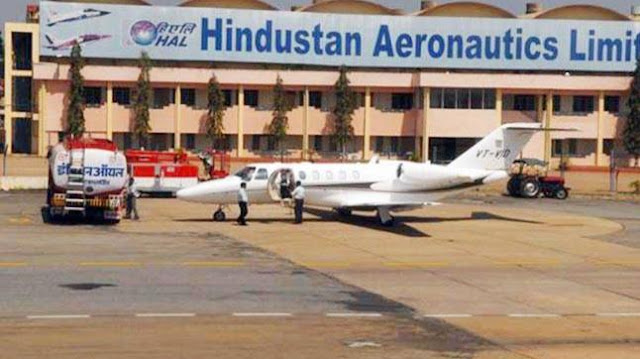 HAL {Hindustan Aeronautics Limited} Manufactures Indigenous products with the transfer of technology from DRDO, with Supply of Avionics from Bharat Electronics and On-Board Weapons systems and ammunition from Indian Ordinance Factories, HAL also Manufactures foreign products such as SU-30 MKI under license from foreign partners. HAL expands its operation now HAL supply spare parts to Big players such as Boeing and Airbus which expand its operations around the world and open a new market.

Hindustan Aeronautics Limited { HAL} is one of the largest Aerospace Agency in South Asia, it works under the Ministry of Defence. HAL competes with other International Players. HAL is the one who manufactured India's First Bomber HF-24 Marut. Today HAL is not limited to fulfill the demand of India's Defense requirements but HAL nowadays manufacturing jet engines, Helicopters, Aircraft { Like Tejas and SU-30MKI }, and their spare parts. HAL has many foreign including big players of defense around the world including Boeing and Airbus to supply different parts. 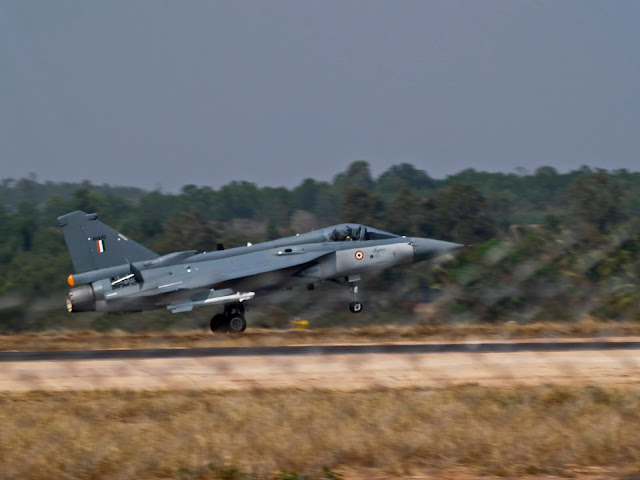 HAL is the second Fighter Jet that is indigenously developed and manufactured by HAL India after HAL HF-24 Marut Bomber. HAL Tejas is a single-engine, Multirole, Delta Wing, Light Weight Fighter Aircraft. HAL Tejas holds the title of Being Smallest Fighter Aircraft among the similar Fighter Aircraft Category. HAL is producing 16 Aircraft per Year which is a good pace but if IAF increases its order for Tejas HAL is capable to increase its production of Tejas. 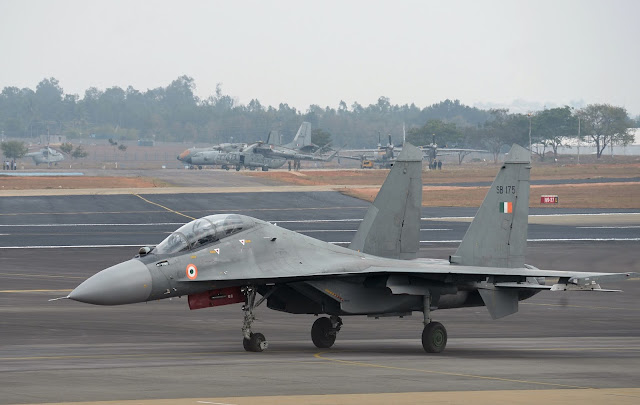 SU-30 MKI is the derived version of SU-27. SU-30 MKI is India's Main Front Line Fighter Aircraft and backbone of Indian Airforce. SU-30 MKI is a Twin Engine, Multirole, Airsuperiority, Long Range, All-weather fighter aircraft. SU-30 MKI is developed by Russia's Sukhoi and Manufactured by HAL with a mix of Multi-Nation Tech including Indian, Israeli, Russian, and Western too which makes it one of the deadliest Fighter Aircraft in the World. SU-30 MKI is also Equipped with Brahmos which is the world's fastest cruise missile. This year HAL has completed the production of contract by the IAF {Indian Airforce}, as of March 2020, a total of 272 SU-30 MKI manufactured. But HAL is expecting to get a few additional orders for SU-30MKI from IAF as the assembly line of SU-30MKI is vacant. 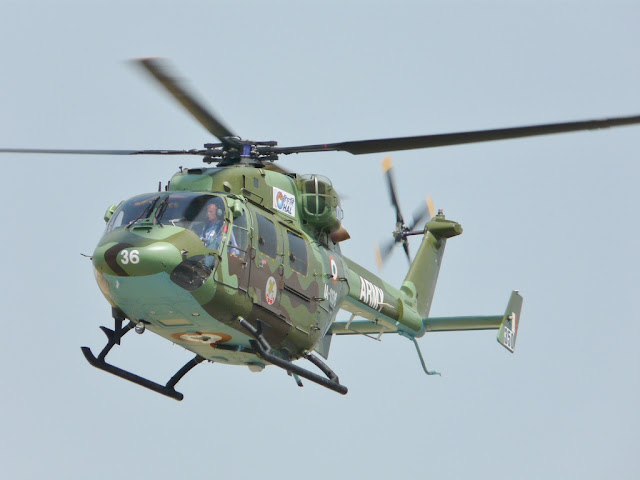 HAL Dhruv is a light utility, Multi-Role helicopter designed and developed by the Rotary Wing Research and Design Center which is one of the R&D sections of HAL. HAL Dhruv per unit manufacturing cost is 41 crore INR. As of February 2020, approximately 300 Dhruv manufactured to Indian Armed Forces and Foreign Clients of this helicopter. Dhruv Helicopter is one of the most successful products of HAL.

HAL is working day and night to provide the best technology to our armed forces.

HAL GHATAK or UCAV { Unmanned Combat Aerial Vehicle} is India's own project to develop Stealthy Unmanned Combat Air Vehicle, being developed by DRDO and will be manufactured by HAL. HAL AURA was the initial project name for the development of the UCAV for Indian Airforce. HAL GHATAK will be developed as a "Self-defending high-speeding reconnaissance UAV with weapon firing capability". HAL GHATAK/UCAV will be powered by dry Kaveri Engine which will produce 52Kn of Thrust. HAL GHATAK/UCAV will be capable of firing missiles, bombs and precision-guided munitions. HAL UCAV will be similar to the American counterpart Northrop Grumman's B-2 spirit.

Very few information available in the public domain about this project. HAL SPORT is Supersonic Omni Role Trainer Aircraft would be utilized for fighter training after the Advanced jet Training Stage and before the Induction of pilots into a frontline squadron to fill the gap between Pilot Training and Command Front line Fighters.  HAL SPORT will be a 4++ generation trainer aircraft. 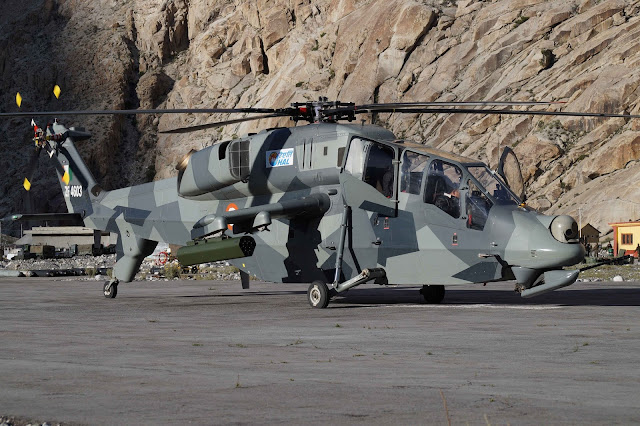 HAL LCH {Light Combat Helicopter} is a multirole combat helicopter designed and manufactured by HAL. HAL LCH is deployed in Leh with Apache Attack Helicopter during the standoff between and India and China. HAL LCH is in its final stages of clearance to start mass production. HAL LCH is powered by two Shakti turboshaft engines delivering 1,400 shaft horsepower each. HAL LCH is world lightest attack helicopter in its category, and able to operate at the high altitude of mighty Himalaya's. HAL LCH is the first attack helicopter to land on the world's highest battlefield Siachin. A total of 162 LCH are planned to be ordered, of which 65 units for IAF {2 prototypes deployed} and 97 units for the Indian army. HAL LCH will be equipped with modern systems and subsystem of India, Israel as well as other foreign nations. HAL LCH will able to compete with foreign Attack Helicopter around the world of its category like Turkish T129. 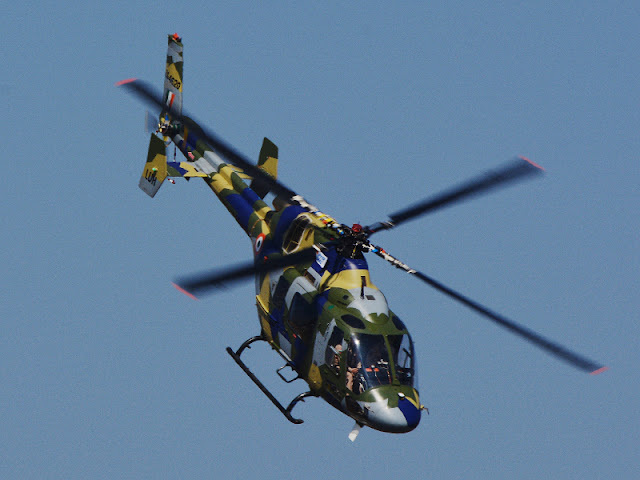 HAL LUH { Light Utility Helicopter} is a 3 tonne derivative of Light Observation Helicopter is under development at Rotary Wing Research Design Center one of the R&D section of the HAL for Civilian as well as Military purposes. HAL LUH is designed and developed as the replacement of the aging of the Cheetah and Chetak helicopters which are being operated by the Indian Armed Forces. HAL LUH will have the ability to carry 6 passengers with two pilots, while externally HAL LUH will be able to carry a cargo of up to 1 tonne under the slung. HAL LUH will able to perform different tasks like Emergency Medical Services, Troop Transport, Utility, Search and Rescue, VVIP Transport, Aerial Reconnaissance and Surveillance missions. Indian Armed Forces required 384 Helicopter of Light Utility Category. 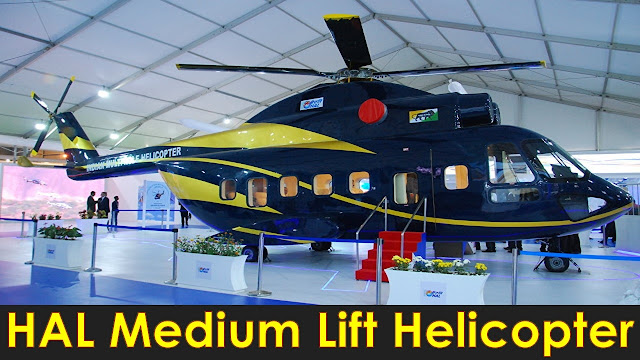 After the development of the HAL Dhruv lightweight multi-role helicopter, HAL wants to expand its Rotary Helicopter fleet from light to Medium weight to meet the requirements of the Indian Armed Forces. HAL IMRH { Indian Medium-Lift Transport Helicopter} will be helicopter of 10-15-tonne class helicopter which will be of the same class as Mi-17. HAL has made it clear that the IMRH is not only India but it will meet the world standards. The Intended roles of IMRH are to support Air Assault, Air Transport, Combat Logistics, Combat Search and rescue, and Casualty evacuation operations. Indian Armed Forces required around 550 units of Medium Weight Helicopter. 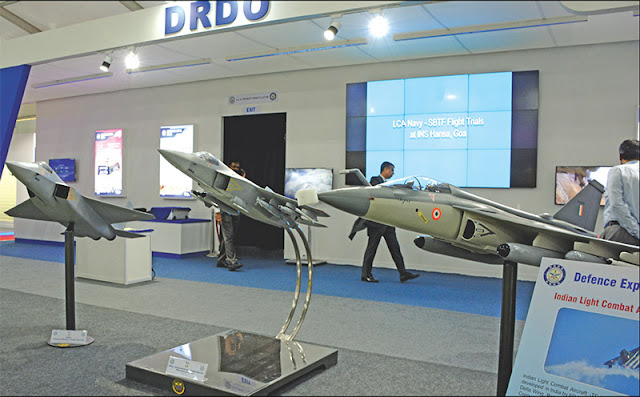 HAL AMCA {Advanced Medium Combat Aircraft} is India's fifth-generation fighter program being developed and designed by ADA { Aeronautical Development Agency } and to be manufactured by HAL { Hindustan Aeronautics Limited}. HAL AMCA's first stage of development is done and work on second stage is started. HAL AMCA would likely to be a 20-ton Aircraft which will be powered by India's own two GTX-Kaveri engines. HAL AMCA will be a single-seat, Twin Engine, Stealth multirole fighter jet. Official design work on HAL AMCA started in 2011 and completed in 2014. Indian Airforce and Indian Navy both come together for this project, HAL will manufacture AMCA as well as Naval of it for Navy. 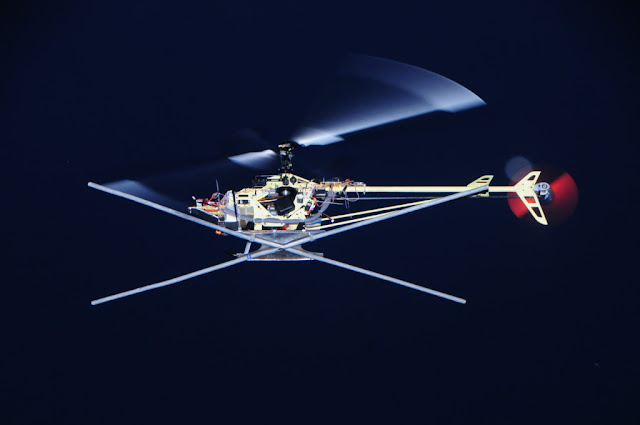 In 2018, HAL tie-up with IIT's to develop and design a RUAV { Rotary Unmanned Aerial Vehical} to meet the modern-day requirement of Indian Armed Forces, a prototype is successfully tested and flown for the first time in Bengaluru. The flight lasted for about ten minutes during which the Attitude Control Attitude Hold mode, Position Control, Position Hold Mode {autonomous hover}, Low-Speed Flight in forwarding, Backward and Sideward Directions, was demonstrated. RUAV is powered by 2 Stroke engines, can carry a payload of 2.5Kg including a live streaming video camera. In the 2019 Aero Show, HAL displayed the final design of the RUAV in public. HAL RUAV will be able to perform the Humanitarian Assistance, Disaster Relief Missions, Coastal Surveillance, Radar and Missile Decoy Operations, Tracking, and Designating targets. HAL RUAV will able to perform unmanned operations and advanced intelligence, surveillance, and reconnaissance {ISR} missions from warships decks. This project is funded by Indian Ministry of Defence. In March 2019, Hal launched the full-scale production of a prototype of HAL RUAV.