On 7 September 2020 India become the fourth country to join the Elite Group of Four who has the technology to produce Hypersonic Cruise Missiles, So far Russia, China, and the U.S. have the capacity to develop Hyper Sonic Cruise missile. India's Defence Research and Development Organisation has successfully flight tested the Indigenously Developed Hypersonic Technology Demonstrator Vehicle using the indigenously developed Scramjet propulsion system from APJ Abdul Kalam testing range in Balasore, Odisha.
The scramjet engine is developed indigenously by DRDO which performs well in the test, and Hypersonic Missile is able to achieve the speed of Mach 6 or 2Km per second. Due to the very high speed and unpredicted path of Hypersonic missile, the enemy's Air Defence Systems has very less time to Track, and Engage. 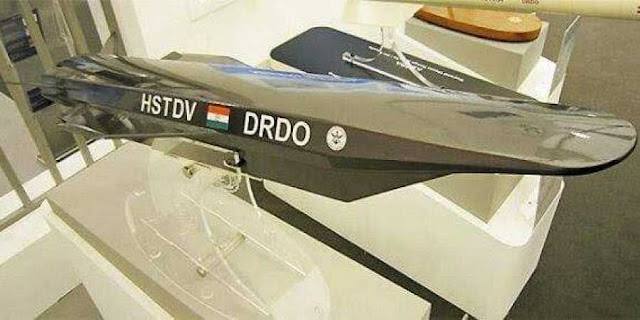 In Today's Modern world there is no air defense system present which can intercept a Hypersonic cruise missile. The Scramjet is much more superior than Ramjet (Brahmos is powered by Ramjet). With the scramjet engine, India will able to produce Hypersonic Missiles in Near Future. Hypersonic Technology Demonstrator vehicle will be used in the development of next-generation Hypersonic Cruise Missiles.
Senior Officials said: "The vehicle performed successfully on all the pre-determined parameters including the ability to handle combustion temperatures of over 2500 degrees celsius as well as airspeed".
DRDO said: "In a historic mission today, India successfully flight-tested Hypersonic Technology Demonstrator vehicle {HSTDV}, a giant leap in indigenous defense technologies and a significant milestone towards a #sasaktbharat and #atmanirbharbharat.
Difference Between Hypersonic Missile and Ballistic Missile?