ADVANTAGES OF INDIAN RAFALE AGAINST CHINA? 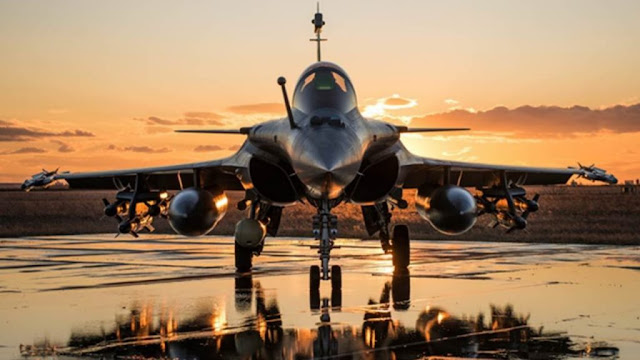 ADVANTAGES OF INDIAN RAFALE AGAINST CHINA 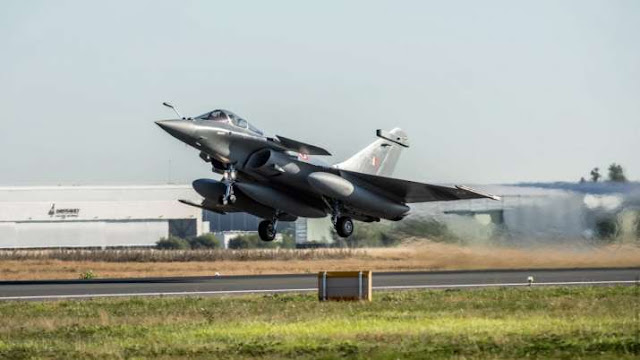 India's Rafale is equipped with some of the most advanced missiles available for fighter jet on the planet. French-made Rafale comes with

1. MICA { Air-to-Air Missile} is an Anti-Air multi-target, all-weather, fire, and forget short and medium-range "Beyond Visual Range Missile". MICA has an operational range of 500m to 80 km with a maximum operational speed of Mach 4. MICA missiles can be used both for Visual and Beyond Visual Range Air-to-Air interception, combat, and self-defense.

2. Meteor Missile is an Active radar guided Beyond Visual Range Air-to-Air missile which is developed by MBDA. Meteor missile is considered as one of the best combat missiles for a short-range target within the range of 100 km and Meteor has a no-escape zone of about 60 km.

3. Storm Shadow is also Known as SCALP Missile is a Long-range Cruise Air-to-Ground missile which is developed by MBDA. SCALP missile is a Fire and Forget Missile, programmed before launch, once launched, the missile cannot be controlled or commanded to self destroy. SCALP missile has an operational range of 560 km. SCALP missile can be launched from the Aircraft for deep strikes to hit the fixed target.

4. HAMMER { Highly Agile Modular Munition Extended Range} is an Air-to-Ground Modular weapon which is developed by Safran Electronics and Defense. HAMMER can be used on bunker-type hardened targets, within a range of 70km.

India's Rafale is powered by Two M88-2 engines which are developed by Safran Aircraft Engines, each engine is capable of producing 50 kN of Dry Thrust and 75 kN of Thrust with Afterburners. With the M88 engine, Rafale is able to reach the maximum speed of 2,223 km/h at high altitude and a ferry range of 3,700 km with 3 drop tanks and Air refueling is also available.

China's J-20 is powered by Two Saturn AL-31FM2 {Derivate of AL-31} engines which is developed by Lyulka, now NPO Saturn a soviet-era jet engine manufacturing company. AL-31 engines originally designed for Su-27 fighter Aircraft but with continuous changes, this engine is used in a variety of fighter jets by Russia and China. India's Sukhoi Su-30 MKI is also powered by AL-31 engines. Saturn AL-31 FM 2 is capable of producing 145 kN of Thrust with afterburner. With Saturn Engines, J-20 is able to reach the maximum speed of Mach 2 and a combat range of J-20 is 2,000 km. China also developing its own powerplant/engine for J-20, the Xian WS-15.

RAFALE is active with many Air-forces around the world, not only this Rafale has proven itself in different battlefields around the world in the past two decades. Rafale performed operations from Reconnaissance Mission, Surveillance, Deep strike, and Precision Strikes and proved itself on the battlefield of Afghanistan, Libya, Iraq, Syria against ISIS, and in 10+ war zones. An interesting fact is that not a single war was lost by Rafale.

Whereas J-20 has no battle history to date, J-20 looks good only on paper.

OTHER ADVANTAGES OF RAFALE OVER CHINA'S J-20

1. Rafale offer buddy to buddy refueling option. One aircraft can fuel to another while still in flight.

2. Rafale's Multi-Directional Radar system allows it to target over 40 targets within a range of 100 km.

3. Rafale's biggest feature is that this fighter jet can jam the radar of enemy aircraft into the air.