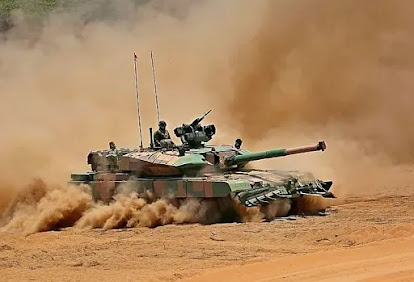 WHAT IS ARJUN MAIN BATTLE TANK ?

On February 14 2021, Prime-Minister Narender Modi handed over indigenously developed Arjun Mk-1A to the Indian Army. The Army will get 118 units of Arjun Mk-1A Main Battle Tank for 8.400 crore, designed, developed and manufactured by DRDO and CVRDE along with 15 academic institutions, eight labs, and several MSMEs too. Recently Govt told to the Parliament of India that a total of 124 MBT Mk-1 to the Indian Army since 2008 and two armoured regiments are fully operational of Arjun MBT. 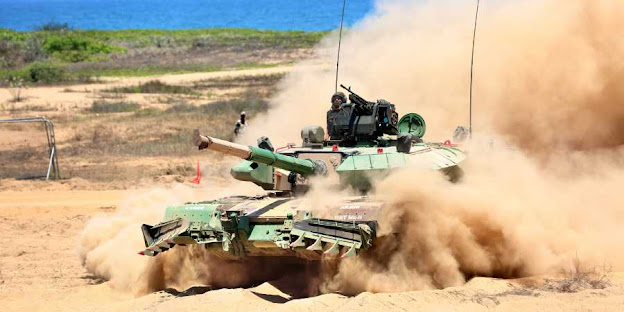 Arjun Mk-1 A is an upgraded version of Arjun Mk 1 Main Battle Tank {In Mk-1A, A stands for Alpha}. Arjun Mk-1 A has got 14 major upgrades {some of the major upgrades are Remote Controlled Weapon Station, Improved Gunner's Main Sight Integrated with Automatic Target Tracking, Night Vision Camera with binocular sights, Laser rangefinder, Track Width Mine Plough, CABIS, LWCMS, AU and enhanced communication system} and 57 other minor additional upgrades over the Arjun Mk-1. Arjun Mk-1 has better fire power, better mobility, and new all around protection and more comfort for the crew. Arjun Mk-1 A is highly Manoeuvrable and extremely mobile to cross the most difficult terrain with ease. Arjun Mk-1 A has 120 mm gun together newly developed super velocity ammunition. This Tank has the Ability of day and night surveillance. Upgraded Arjun Mk-1A also supports the newly developed Thermo-Baric and Penetration-Cum-Blast {PCB} Ammunition.

How Many Arjun MBT have Inducted?

The Indian Army received the first batch of 16 production Arjun tanks inducted into 43 Armoured Regiment in 2004. In 2009 Indian Army formed the first ever Arjun Tank regiment with 45 Arjun MBT in 2009. In 2010 , the Indian Army ordered another 124 advanced Arjun MBT.  A more than 100 Tanks have been delivered to the Indian Army as of June 2011. Now Ministry of Defence ordered 118 units of upgraded Arjun Mk-1A for Indian Army worth of 8,400 crore.

1. Arjun MBT is also known as the Hunter Killer which makes it the most potent tank in India.

5. Arjun Mk-1 A has newly developed KANCHAN armour to provide all around protection from Anti-Tank Ammunition.

6. Arjun Mk-1 A has the ability to engage on the move.

7. Arjun Mk-1 A has thermal imager which provides night vision to the gunner.