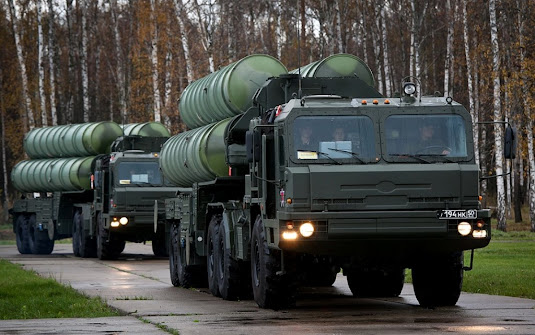 S-400 Triumf {whose NATO reporting name is SA-21 Growler} is an upgraded version of the S-300 Russian Anti-Aircraft weapon system. S-400 designed by Almaz-Antey Central Bureau of Russia and manufactured by Fakel Machine-Building Design Bureau. In 2007, the first S-400 entered service with the Russian Armed Forces and China become the first foreign buyer of the S-400 Anti-Aircraft Weapon System in a Govt-to-Govt deal with Russia { While other foreign buyers are Saudi Arabia, Turkey, India, And Belarus}. S-400 is one of the best and most advanced Air-defence systems in the world. S-400 uses four types of missiles of different ranges from 40km to 400km and can shoot down Aircraft, Drones, Cruise Missiles, and Ballistic Missiles. In 2018, the Indian Govt signed a contract with Russia to buy five S-400 Air Defence missile systems worth $5.43 Billion, which become one of the biggest weapons deals of the Narender Modi govt.

A grid failure resulted in massive power outrages in Mumbai and suburban areas on October 12, Stopping 12 trains on Track. Nitin Raut, State Energy Minister of Maharashtra said that a preliminary report of the cyber cell of the Maharashtra police also suspected cyber-attack as a reason behind power outrage in Mumbai {Indian Financial Capital} in October last year. Raut also said that "Following the Outrage, I had suspected sabotage then. I have also received probe reports of Maharashtra Electricity Regulatory Commission and Centre on the matter but cannot share the details like the budget session of the state legislature is going on. Anil Deshmukh Home Minister of Maharashtra said that the findings of the report indicated cyber sabotage by some foreign countries.

R.K. Singh Union Minister on March 2, 2021, said that there is "No evidence of cyber attacks by China" during Mumbai's power outage that happened in October 2020. R.K. Singh also said that "Two teams investigated the power outrage and submitted that the outrage was caused by Human Error and Not due to Cuber Attack". 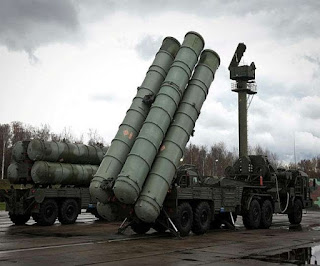 As Chinese Cyber capabilities increasing day by day, Is it possible for China to hack the Russian S-400 air defence system which India is buying?

China was the first foreign customer of Russian S-400 Air defence system. In recent years, China become one the major exporter of the wide range of electronic components to the world for aerospace programmes.  Some of these chinese electronics are also used in S-400 Air defence system, such components could potentially be used as means for implanting malware, espionage and tracking system.

Recently a Leader from Rulling Party in India, Subramanian Swamy Tweeted "The NAMO govt would be well advised not to use S400 in a possible battle with china. This is beacause S400 is made with Chinese electronics. Russia is today a Junior partner of China". But till today it is not cleared that what chinese electronics SWAMY was referring?

In April 2020, US tried to hack Russian S-400 missile system with P-8A Poseidon ISR Aircraft {P-8A is a multi-mission Maritime Aircraft developed and produced by Boeing for Anti-submarine warfare, anti-surface warfare, and shipping interdiction roles}. According to Russian Media Reports, " The P-8A Aircraft failed to hack the S-400 Air Defence System, since the American plane was spotted on the Russian Radars. As a result, Air defence system were put in full combat readiness and The Su-35 fighter jets raised to intercept the P-8A Aircraft, while performing the task to hack the S-400, "Poseidon" was in international airspace, due to which The Russian Su-35 could only drive it away, which it did".

On the Next day of the event US Navy said that " A Russian Su-35 fighter jet flew within 25 feet  of a US P-8A Poseidon ISR Aircraft during an "unsafe" High speed, inverted maneuver over the Mediterranean Sea.