HAL HF-24 MARUT : ALL YOU NEED TO KNOW ABOUT INDIA's FIRST MADE IN FIGHTER 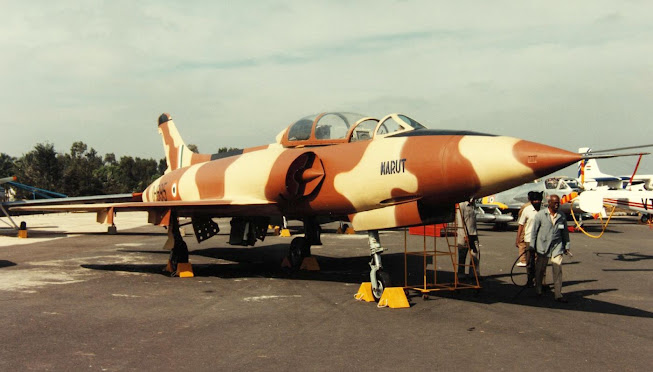 HAL HF-24 MARUT was the first made in Fighter-Bomber Jet Manufactured by HAL {and a total of 147 HF-24 Marut were purchased by IAF, including 18 two-seat trainers} and it was designed by Kurt Tank { Kurt Tank was a German Aeronautical Engineer}, Not only this HAL HF-24 Marut was also the first Asian fighter jet {outside Russia} to go beyond the test phase and was on active duty for almost 25 years. The first flight of HAL HF-24 Marut took place on 17 June 1961 and On 1 April 1967 first HAL Marut was successfully inducted into the Indian Airforce.

HAL HF-24 Marut designed to be a supersonic combat aircraft but it never managed to achieve the speed of Mach ONE because of the low-powered engine being used in it{ HAL HF-24 Marut was powered by Bristol Siddeley Orpheus 703 turbojets, the same engine had powered the Folland Gnat}. HAL Marut never realised its full potential due to insufficient power. The limitation was due to various political and economic factors. The Indian Government refused a proposal made by Rolls-Royce to finance further development of the Orpheus, which had been specifically aimed at producing a more suitable engine for the Marut. After the first Indian nuclear test conducted on May 18, 1974, under the supervision of Raja Ramanna at Pokhran, international pressure prevented the import of better engines or even spares for the Orpheus engines this was one of the main reason for the HAL HF-24 Marut early demise. 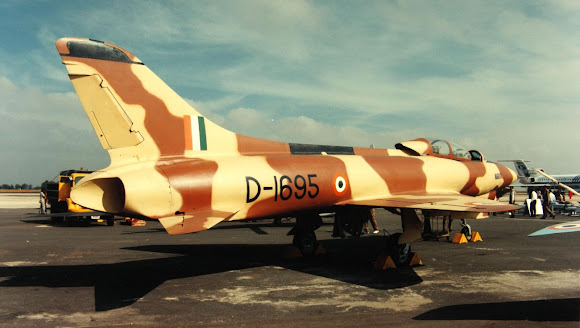 Due to the lack of direction and management from the Indian Ministry of Defence, the project was negatively affected. The Indian government never sanctioned the development of an engine design team, nor were there assessments of HAL's capability to reverse engineer or to apply technologies from other projects. The design of the HAL Marut is one of the best but engine performance was not as per the requirements of the Indian Airforce.

In 1971 the Indo-Pak war HAL Marut and Hawker Hunter Aircraft gave close support to ground troops in the Battle of Longewala on the morning of 5 December 1971. Hal Maruts has flown more than 300 combat sorties during the two week period in the war, destroying a large number of Pakistani tanks that had been deployed by the Pakistani ground forces. Not only this on 7 December HAL Marut achieved a record of one aerial kill by shooting down a Pakistan Airforce F-86 Sabre { F-86 Sabre which was much more superior than the HAL Marut at that time}. One more amazing fact about the HAL HF-24 Marut was that "NOT A SINGLE MARUT SUSTAINED DAMAGE OR A LOSS DUE TO ENEMY AIRCRAFT" but "Three Marut were lost to ground fire and one was destroyed on the ground". Three HAL Marut received Vir Chakra { Vir Chakra is an Indian Gallantry Award}. During 1971 war one Marut lost its one engine to ground fire from the enemy and returned to Airbase safely with only one engine and without escort once even from 240 km inside Pakistani territory. The HAL Marut had an excellent survivability record in the enemy airspace. 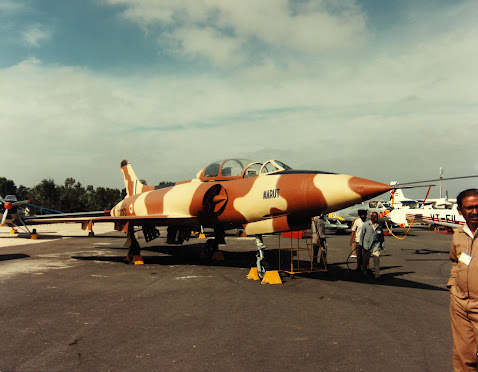 In 1990 last HAL Marut retired from the Indian Airforce, Air Commodore Jasjit Singh pointed that HAL Marut had performed well in the 1971 war, and enjoyed superior safety records to other IAF Aircrafts such as the Gnat. Some HAL HF-24 Marut had less than 100 recorded flight hours when the retirement of the Marut was being mooted.